Warning: count(): Parameter must be an array or an object that implements Countable in /homepages/35/d283901984/htdocs/sands/wp-includes/post-template.php on line 284

In 1997 the headline ‘UK RISKS BECOMING A MUSICAL DESERT’ appeared in the Times Educational Supplement (Williamson, 31.10.97)

This year, fifteen years on, the story is still the same ‘SCHOOL MUSIC UNDER THREAT’ appeared in The Guardian (Walters, 16.04.12)

It seems that education is still not giving music tuition the prominence, not to mention financial resources, it deserves.  This is despite the mounting evidence extolling the myriad of benefits to be gained from participation in musical activities.

My own interest in literacy, combined with my musical interest, resulted in my research for a Masters in Education to investigate the links between these areas.  I set about examining how these two areas were inextricably interlinked and how music could help to develop skills vital to early literacy development.

My research was reported on ‘Look East’, watch the video below.


Get the latest Flash Player to see this player.

This article appeared in the ‘Suffolk Today’ section of the East Anglian Daily Times (22.9.98) 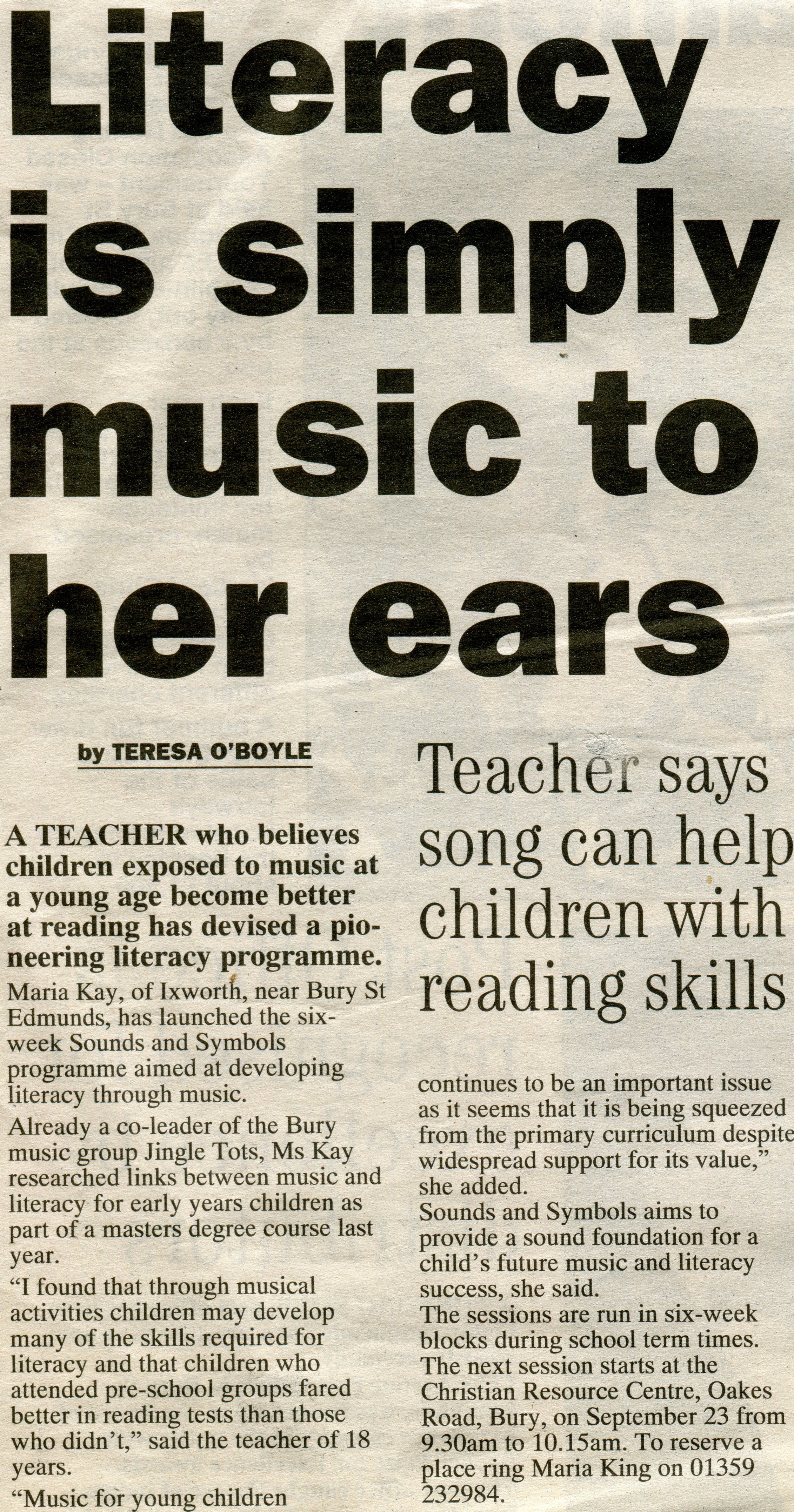 The following article appeared in the ‘Suffolk Today’ section of the East Anglian Daily Times (13.11.98)

The programme aimed to assist in the development of the skills required for literacy through a specially designed set of musical activities.  The initial programme attracted great interest.  The first group was set up and many followed. Two additional groups were set up in Bury St Edmunds and in Woolpit the first group was so inundated that we could not fit in the room!  Alternative accommodation was sought and the group divided into two.

The first ‘Sounds and Symbols’ group ran at the Christian Resource Centre in Bury St Edmunds.  This photo is from the East Anglian Daily Times (13.11.98) 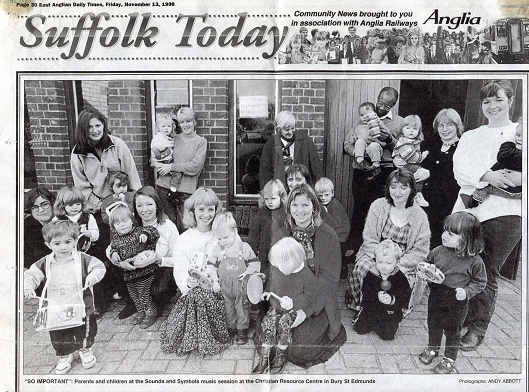 Over the past two years work has continued to produce a complete business package to enable anyone with a small degree of musicality, an interest in children and literacy to set up their own ‘Sounds and Symbols’ groups.  The new up-to-date programme is based upon the latest research and is incorporated within the business package.

The final business package is now available for purchase.

The first NEW ‘Sounds and Symbols’ programme is due to commence in August 2012 in Elgin, Moray!

Article in Nursery World – in the pipeline!

Find out more
Buy the ’Sounds and Symbols’ package and set up your own fun and lucrative business instantly! You could earn £50 per hour!
read more

Why Choose Sounds and Symbols?

View the PDF......... and discover how music and literacy can work together to foster a child's development.